A lot of people have heared about DVD. But not many people do really know where it stands for. DVD is sold as the follow up for the CD. But DVD can store much more data on the DVD discs. This means that there are more things possible with these disc’s. On this page we will tell you about DVD discs, DVD players and about the areacodes. Also we will bring you information on DVD-RAM that should enable you to copy DVD discs…

DVD, which stands for Digital Video Disc or Digital Versatile Disc, is the next generation of optical disc storage technology. It’s essentially a bigger, faster CD that can hold video as well as audio and computer data. DVD aims to encompass home entertainment, computers, and business information with a single digital format, eventually replacing audio CD, videotape, laserdisc, CD-ROM, and perhaps even video game cartridges. DVD has widespread support from all major electronics companies, all major computer hardware companies, and about half of the major movie and music studios, which is unprecedented and says much for its chances of success.

It’s important to understand the difference between DVD-Video and DVD-ROM. DVD-Video (often simply called DVD) holds video programs and is played in a DVD player hooked up to a TV. DVD-ROM holds computer data and is read by a DVD-ROM drive hooked up to a computer. The difference is similar to that between Audio CD and CD-ROM. DVD-ROM also includes future variations that are recordable one time (DVD-R) or many times (DVD-RAM). Most people expect DVD-ROM to be initially much more successful than DVD-Video. Most new computers with DVD-ROM drives can also play DVD-Videos.

DVD disc’s can hold up to 5,2 GB of data, the first disc’s could hold 2,6 GB so the technology is still not finished…

These are the advantages of DVD compared to tapes and/or normal CD’s:


High viewer enjoyment – most DVDs support additional camera angles, wide screen formats, and “behind the scenes commentary” that is not available on normal VHS movies.


Multiple Aspect Ratios – Most DVD titles feature both the traditional full-screen television format and also the widescreen or letterbox format, which presents movies in the same aspect ratio as shown in theaters.


Informational Features – Many DVD titles include additional information on the DVD, such as biographies of the performers in the movie or music video, notes on the production of the movie, and behind-the-scenes commentary from the director or actors.


Scene Access – Because DVDs are not tape-based, you can instantly access any specific scene in the movie. You no longer have to rewind or fast-forward through an entire movie to find your favorite scene.


Camera Angles – Some DVD titles were filmed with multiple camera angles – easy-to-use menus allow you to choose these alternative angles.


More compact – DVDs are easier to store than VHS tapes.


High durability – a DVD can be played repeatedly without wear and tear and without any degradation to image quality.


Backward compatibility with audio CDs – you can play music CDs on your DVD player.

DVD-RAM could be the follow up for CD-R. But it will take some time before DVD-RAM will be as populair as CD-R. At the moment only a few manufacturers have introduced drives and discs.

DVD-RAM discs fit into cartridges and can be sold with or without them. Cartridges come in two forms, type 1 cartridges allow users to remove the disc and type 2 cartridges do not. In order to be written to, DVD-RAM discs must be in a cartridge.

Just as with CD-R formats, DVD-RAM discs can be used over and over again to store data. Cost per disc is around $20 to $30, making them a much cheaper (on a per-megabyte basis) alternative to ZIP disks, which average around $10 to $15 per 100 MB disk. The low cost and higher storage capacity of DVD-RAM discs also make them a great replacement for the venerable but aging CD-ROM disc, especially since CDs can only hold 650 MB of data.

DVD-RAM drives initially debuted at around $500, with newer drives running in the $500 – $700 range. But as companies such as Panasonic and Hi-Val introduced newer models, price on some of the earlier models significantly decreased.

DVD-RAM is clearly an attractive product for those in need of large amounts of data storage space. However, not all is wine and roses when it comes to DVD-based storage. Like the original DVD-ROM specification, there is controversy and disagreement within the electronics industry over exactly how DVD storage should be designed. To date, there are about four different DVD storage formats competing to be the industry standard, DVD-RW, DVD-R or DVD+RW and DVD-RAM.

DVD-RAM should not be confused with DVD-RW, DVD-R or DVD+RW. These are competing formats, not yet on the market. Sony Corp. supports DVD+RW, and Pioneer supports DVD-RW. DVD-RAM, on the other hand, is supported by the DVD Forum (the same industry group behind the original DVD-ROM specification). This glut of competing formats is truly unfortunate, since it has the potential to confuse consumers and stop them from purchasing DVD storage products. Many consumers are afraid of buying something that won’t be the industry standard later on ‘“ no one wants to the proud owner of the next Betamax machine.

DVD discs contain Regional Codes which can be used to prevent the playback of certain discs depending upon the geographical area it is played in. The various studios and home video companies lobbied to make sure this coding system was a required part of the current DVD standards, because they wish to control how their DVD titles are exported to other countries. (For example, while a recent film may already have played theatrically in the United States and been released to the home video market, that same film may not yet have opened in some European or Asian countries.) In most instances, discs manufactured in one region will usually only play on players that were manufactured in that same region – this means that discs bought or imported from Japan will not play on U.S. players, and vice versa.

How to tell how a disc is coded

The Region Code is usually specified on the back of the individual DVD packages, either with a Regional Coding logo of a globe with the region number superimposed over it, or specifically spelled out. For example,while currently-released New Line and Warner DVD titles use the globe logo & number scheme, MGM/UA titles state: “This disc has been encoded for Region 1: The United States, U.S. Territories and Canada.” In the cast of Lumivision’s discs, they are labeled “Available worldwide,” which means that the discs contain no regional coding and will play on any player in any country.

Well, there is a way to passby these codes. You will have to buy chips or you have to solder in your DVD player. For more information about this you should surf to http://www.maxking.com. here you can find all kinds of information about the players and the ways to bypass the area codes… 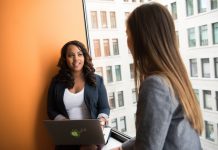 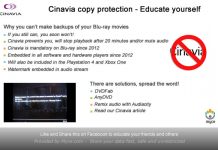 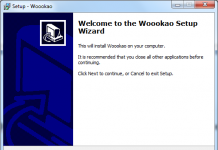 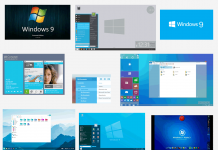 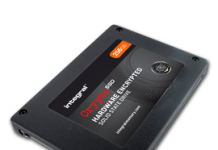