The Walt Disney franchise is known for its family-family films and even more for heart-warming stories. Despite the numerous Disney film stories that the franchise has created, there’s no denying that some of these movie adaptations have true stories behind it.

Whether it’s the renowned Remember the Titans, and its inspiring take on achieving dreams, or the Secretariat’s thrilling races. One can say that there’s more than what meets the eye. The stories that have inspired these are much darker than what is shown on screen.

In this article, we take a look at the dark and true stories behind these creations. Read on to learn more about where the franchise remained faithful, and where they started fictionalizing.

Plot of the Movie

Released in 2000, Remember the Titans is an American biographical sports film, and it was produced by Jerry Bruckheimer under Walt Disney with the help of director Boaz Yakin. It tells the story of a high school football team in Virginia, and it also deal with racial tensions of the 1970s.

Starring Denzel Washington as Herman Boone, the new head coach of T.C. Williams High School. The film plays out by showing the struggles of Boone and the rest of the team in order to reconcile their differences. At the same time, it also highlights the successes of the team under Boone’s leadership.

Although the film centers on the struggles of Boone in gaining the respect of his players and their success in winning the state championship. The blatant and explicit emphasis on racism and its effects on the team were highly fictionalized to appeal to the public.

Players and coaches themselves voiced out that while racism was highlighted by this film, racial tension was easily overlooked in real life even before the team played their first game. Other key changes that were added by the Walt Disney company included the kiss between Sunshine and Gerry. The song-and-dance routine observed during the warm-ups, and characters, such as Emma Hoyt were fictionalized.

Plot of the Movie

One of the other Disney film stories that remains controversial today is Secretariat. This 2010 film by Randal Wallace details the life of the Thoroughbred race horse, Secretariat, and his owner, Penny Chenery.

The film follows the rigorous training and events leading up to Secretariat’s eventual win the in the 1973 Triple Crown race with the aid of Penny Chenery, who supposedly inherited her father’s horse stables. Secretariat being bestowed to Chenery saved the financial state of her farm.

While this story no doubt highlighted the success of the thoroughbred, Secretariat. Disney failed to take into account, or rather, tried to overlook the fact that Chenery also owned Riva Ridge. Riva Ridge was another prize-winning horse who gained success in the previous year’s Kentucky Derby.

More importantly, the Disney film also failed to mention Angle Light, the horse that won over Secretariat prior to the latter winning the 1973 Triple Crown. Only Sham was mentioned in the film as the antagonist to Secretariat’s shining career.

Another scene that was highly fictionalized by the creators was the foaling scene, where Secretariat was being foaled at Meadow Stud. The thoroughbred’s stamina ignited an emotional response within Chenery, who then experiences a bond with the horse. Unfortunately, the scene never occurred. Chenery was not even in the foaling event.

Disney’s family films certainly have a way of touching its viewers’ hearts. However, you must take some of the Disney films with a grain of salt as they tend to embellish the truth for more commercial impact, and a more captivating story. 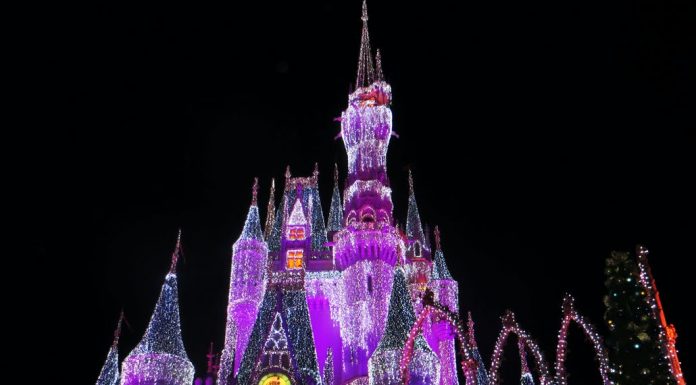 Disney App – How to Download the Disney+ App for Mobile

A new streaming service has joined the league of online streaming platforms that already includes some big names like Netflix, Amazon Prime, Hulu, and others. If you are a TV buff or film fanatic, the launch of the Disney Plus is going to absolutely amaze you. Yes, you heard it...

Seagate announced that it has joined the organisation DECE that's behind an online service called UltraViolet which makes movies and TV shows available 'in the cloud'.

Do pricey HDMI cables make any difference? Apparently not!

Expert Reviews has now carried out their own HDMI cable tests, but rather than focusing on an individual cable, they went to prove whether or not expensive cables make any difference over much cheaper cables. They used a PC as the source, a TrueHD capture card to capture the frames and compared MD5 hashes of source and captured frames.

The six major movie studios will be placing two unskippable ten second copyright warnings on all their new DVD and Blu-ray releases starting this week, which appear after pressing 'Play' at the main menu.

Windows Media Center to be sold separately for Windows 8

This pack will be available to Windows 8 Pro customers, priced at what Microsoft claims will be in-line with marginal costs. Windows 8 (home version) customers will need to purchase the Windows 8 Pro pack, which comes bundled with Media Center.

The Motion Picture Association of America (MPAA) has proudly released their annual Theatrical Market Statistics Report for 2011, and members of the MPAA have released a statement bragging of world growth – up 3% internationally from 2010 – claiming the movie industry is still one of the most affordable forms of entertainment for consumers, and at the same time brandishing piracy for stealing their works and threatening to undo the industry.

Domestic theatergoers have largely turned their backs on 3D films, preferring those that don't require ponying up a few extra dollars and wearing uncomfortable glasses. How exactly do theater owners deal with tapering ticket sales and 3D malaise? The only way they can: a price drop.

According to market researcher IHS, legally downloaded movies will outperform disc-based movies for the first time ever in 2012. The group believes online movies transactions will more than double this year, hitting 3.4 billion. Purchases of Blu-ray and DVD movies will fall for the second straight year to 2.4 billion, with a slow descent expected over the next five years.