With the ever-increasing need for more reliable and expansive storage, Russian and Japanese scientists worked to develop a tech that can increase the capacity and life span of devices. The graphene-based material used in spintronics is expected to deliver the desired results, said PR Newswire.

According to Russian researcher Pavel Sorokin, the Japanese team was able to “[grow] a single-atom layer of graphene on a layer of semi-metallic ferromagnetic material” for the first time. The Japanese researchers also measured the properties and collected data through “unique experiments.” Meanwhile, the Russian team is involved in the “theoretical description” of the data. 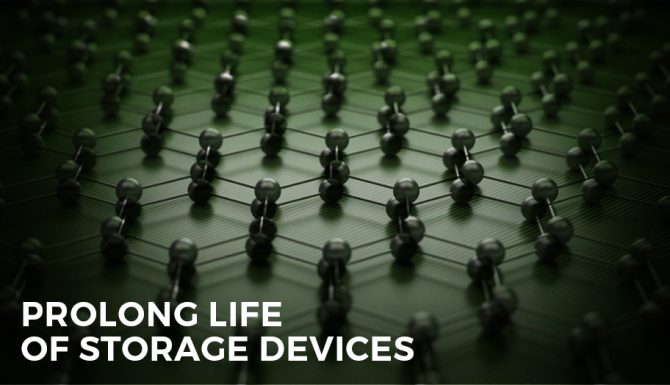 The Japanese research team is led by Dr. Seiji Sakai, while the Sorokin is head of the Theoretical Materials Science of Nanostructures project at the NUST MISIS.

The report stated that incorporating this material in spintronic devices will potentially increase storage capacity. This will be possible as the new material will increase the so-called recording density of the device. Moreover, the graphene-based tech will eliminate rewrite limits, which can extend the life of such devices.

Spintronics is seen as a great alternative to electronics, said the report. Such devices utilize the principle of magnetoresistance. In spintronics, devices have three layers, with the first and third being ferromagnetic materials. In this case, the material is the Heusler alloy. On the other and, the other is non-magnetic, which is the graphene.

PR Newswire explained that electrons will pass through this three-layer structure and will be scattered in the magnetic layers. This is expected to affect the resistance of the storage device.

In the past, graphene has not been incorporated in the production of magnetic devices. This is because carbon atoms are known to react with the magnetized layer, resulting in property changes. However, the use of the Heusler alloy in the structure has led to a thinner and more effective layer. This is expected to boost the magnetic memory of storage systems without any effects on its physical size.

Meanwhile, researchers in other studies also found that “thinning down” semi-metals used in spintronic devices benefit the tech. It is found to eliminate efficiency and configuration limits.