Ami-chan is a human version of the popular robotic versions of animal companions such as dogs and cats. However, the company decided to use a more cartoonish appearance to avoid giving it an uncanny quality and give it a cute exterior.

In a press release cited by Techeblog, Takara Tomy said, “Our Amaenbo Ami-chan is a doll for seniors who can recognize faces and communicate with you by installing an image recognition chip.” The word amaenbo is used to refer to a dependent or needy child. 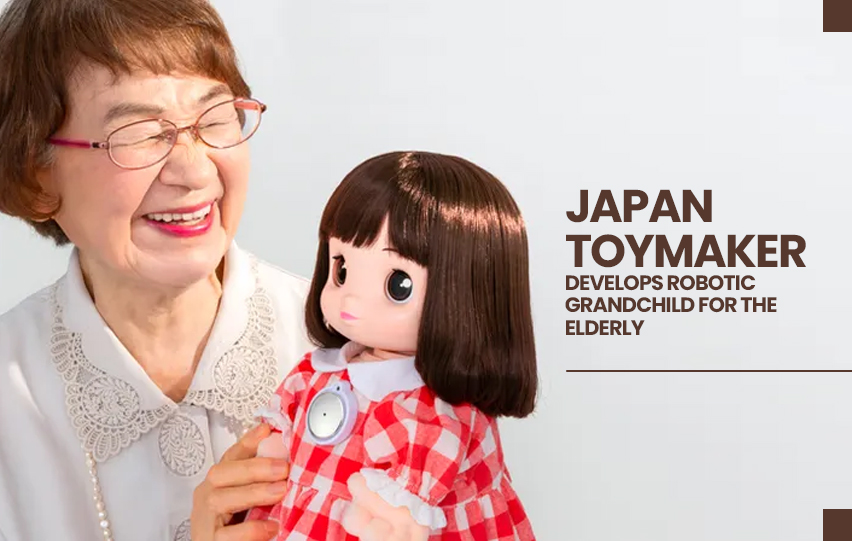 It also “utilizes AI” to facilitate such features and more. The statement continued, “The size when Ami sits is 30cm, which makes it easy to hold.”

The doll was created as a response to Japan’s problem with the loneliness of elderly individuals. In a survey by Kaspersky, 55% of Japanese respondents reported feeling isolated and lonely even before the current public health situation.

The robotic doll can blink and close its eyes to provide the appearance of sleep. However, its face has limited movements. Overall, the only stance the doll can take is the sitting position, giving its very restricted animation features.

What makes Ami-chan unique is that it can is known to absorb more than 1,500 Japanese words, and it can learn more through human interaction. It can prompt users to initiate physical interaction through these words.

For a more personal touch, the doll can also learn the names of its grandparents. It can also associate voices with names, much like assistant AIs such as Google and Alexa. However, Ami-chan has an edge, recognition-wise, as it is equipped with a camera that helps it visually recognize who it is interacting with.

The robotic doll is also equipped with a sound system that can play 40 different nursery rhymes and songs. Some of these tracks can only be played depending on the day, week, or month. To help the elderly exercise their brain, Ami-chan can also initiate games such as tongue twisters.

Aside from speech, voice, and face recognition, the doll creates an interactive experience through motion sensors. Rocking the doll can put it into a simulated nap. It can even talk in its sleep, just like real toddlers.

Ami-chan can be purchased for $250 and needs C batteries to operate. This robot doll is available for purchase only between August 27th to September 15th.