Tomorrow Microsoft will end the support of popular applications such as Windows Live Mail, Windows Movie Maker, Windows Live Writer and Photo Gallery. They are part of Windows Essentials of which the software giant already announced it would reach end of support on January 10, 2017. 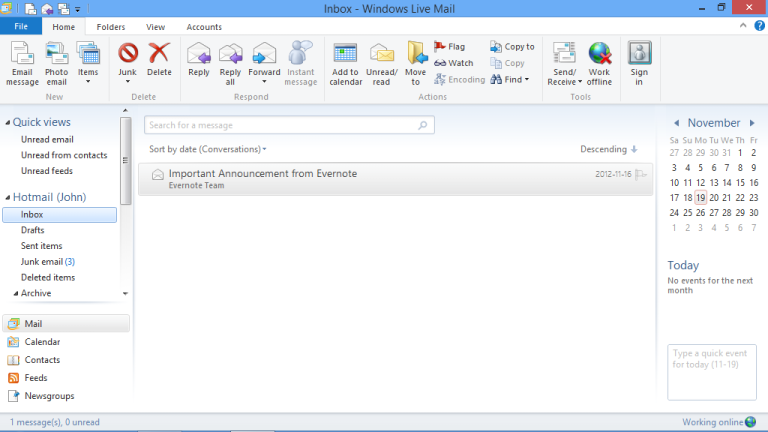 Ending support of the software means it will no longer receive security updates. This makes the software more vulnerable to malware and other attacks in the future. Microsoft will also remove the possibility to download the software from its website, but Windows Essentials will continue to work for current users.

While the software was already no longer officially supported under Windows 10,  it was still possible to use applications like Windows Live Mail and Windows Movie Maker on Microsoft’s latest operating system.

Microsoft previously tried to discourage the use of Windows Live Mail. In May last year the company removed the integration with Hotmail and Outlook.com accounts. The mail application can still send and receive mails through POP3 and IMAP servers and will continue to do so, even now it’s no longer supported.