Video streaming service Netflix recently announced its intention to cease support for older smart televisions come December this year. This means that the app will no longer work with systems released “from the start of the decade,” said News.com.au. The issue stemmed from the digital rights management (DRM) limitations of these older units.

A spokesperson told News.com.au said that the technical limitations caused the discontinued support for old systems. The report clarified that the restrictions were caused by the “DRM protocol used by earlier televisions that have since been superseded and can’t be upgraded.”

DRM offers a way to prevent piracy and protect intellectual property by “restricting what copyright works can be viewed in which places and on what devices.” The report emphasized that DRM is a divisive issue as critics point out that it only inconveniences users and does not have a real impact in preventing piracy. 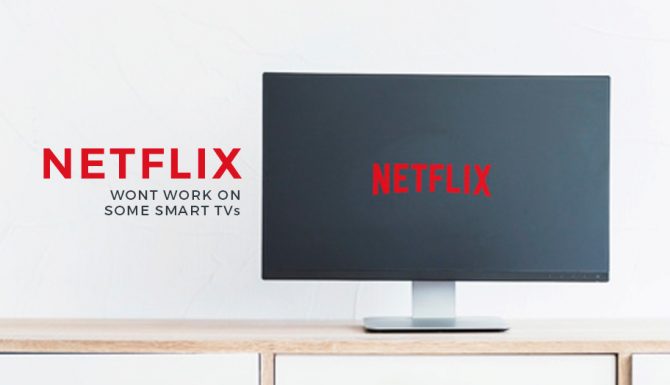 Most devices affected include Samsung and Panasonic models. Samsung released an announcement saying that TVs from 2010 and 2011 will no longer work with the app. To know if a unit is compromised, the company said that models with codes containing C or D after the screen size are affected. However, Samsung guaranteed that Australian consumers with Samsung TVs are not involved in this move.

On the other hand, Panasonic said that Viera smart TVs, which were released in 2013 or earlier, will suffer from the restrictions.

News.com.au warns that while old Samsung and Panasonic units are guaranteed to be affected, models from other brands can also suffer from this limitation.

In addressing potential problems for customers, the spokesperson said that they have “notified all impacted members with more information about alternative devices we support so they can keep enjoying Netflix uninterrupted.” Consumers who wish to use the service with their televisions can use alternative devices that let them stream. This includes streaming-enabled game consoles such as PlayStation and Xbox, streaming sticks and boxes, as well as Blue-ray players.

When asked about the number of users affected by this move, a spokesperson said that “a small number” will be involved, reported TechCrunch.