AnyDVD alternatives are still available. We’ve list 12 applications that can be downloaded to rip Blu-ray movies. Often there are free trials.

Since Slysoft appears to be gone forever after legal issues, users might be looking for AnyDVD alternatives that also offer DVD and Blu-ray decryption. Therefore we’ve compiled a list of all current DVD and Blu-ray decryption solutions that are currently still sold. They can serve as an alternative to AnyDVD (HD) although some would say, nothing can compete with Slysoft’s software. 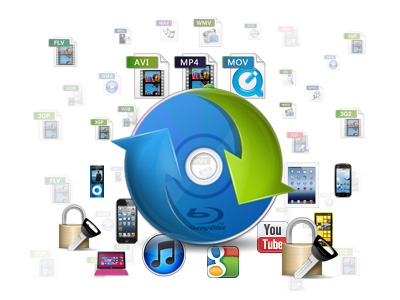 It’s unclear whether the software developed by Slysoft will ever appear online again, it could be bought by a third party or it could be open sourced, but only time will tell.

Note: You might be looking for AnyDVD alternatives, but currently AnyDVD is up for download again, check here. There’s nothing better than the original!

Disclaimer: We do not condone piracy. Circumvention of copy protections might be illegal in your country. Only use this AnyDVD alternatives to create backups of discs you own when allowed in your country.

DVDFab is a well known name and has been in business for years. The company is located China which till now has been a safe haven against the American entertainment industry. The company even withstood a complete seizure of their domain and further attempts by the AACS-LA to close down the company. DVDFab’s AnyDVD alternatives are called Passkey for both DVDs and Blu-ray discs.

The Chinese company Ideal offers a free 10 day trial of their Blu-ray ripping software which normally sells at $59.95 and is currently available at $49.95. The company regularly updates their software to allow decryption of new movies. They also have a solution for decrypting DVD movies, which sells at $39.97 for a lifetime license.

Magic offers Blu-ray ripping software for both Windows and Mac. A lifetime license is currently available at $49.95, which saves you a whopping $70. (thanks for the tip zebadee!)

Aunsoft sells both a Blu-ray Ripper and DVD Ripper, the latter costs $35 while the Blu-ray Ripper sets you back $49. Also this software is available for Mac and Windows.

The DVD and Blu-ray ripping solutions from 4VideoSoft are also available for Windows and Mac computers. The Blu-ray ripper is sold for $39 and the DVD Ripper for $45.

MakeMVK is free to use and will deal with decryption of both DVDs and Blu-rays. The software won’t be an one step solution for most users as it doesn’t compress video. It will always repackage DVDs to MKV files. Blu-ray movies can be made into an uncompressed MKV file or ripped to the HDD.

Both are free to use applications that can be used to decrypt DVDs, Blu-ray discs are not supported. You can get DVDDecrypter here and DVD43 here.

Did we miss any software and would you recommend (or discourage) any of these AnyDVD alternatives? Let us know in the comments!

Note: This is a list that was previously posted when DVDFab was taken offline. It has been updated and changed where necessary.