This year, USB-C standard ports are expecting a power update that could sustain more energy-hungry devices such as gaming laptops and 4K monitors, reported CNet. Newer USB-C supply accessories are expected to come with a 240-watt capacity instead of the current 100 watts.

Developed by the USB Implementers Forum (USB-IF), the updated power capacity will be present in the USB-C standard version 2.1. This option is referred to by the industry group as Extended Power Range or EPR. USB-IF remarked, “We expect devices supporting higher wattages in the second half of 2021.”

USB entered the field as another port option providing limited functions including plugging mouse, keyboards, and printers. It was featured alongside Firewire and other similar ports. However, it increasingly rose in popularity, putting the other options out of commission. 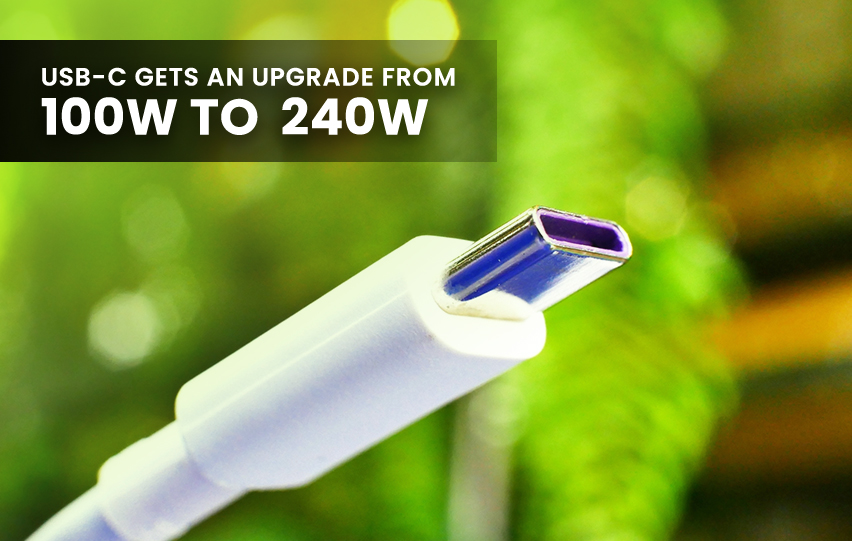 Today, USB has become a standard port in any personal computers, laptops, and accessories, with on-the-go compatibility with smartphones and tablets. It has also become more powerful and functional with the introduction of mini, micro, and type-C interfaces.

In terms of data transfers and charging, the USB-C form factor provided an opening for USB-IF to create options that deliver more. However, this will come with requirements for cable manufacturers. For cables to support 240W power transfers, USB-IF requires them to have labels.

These labels are meant to aid end-users to determine whether a cable can support such output. Moreover, Standard Power Range cables or those that are cable of delivering 100W are also expected to have a new look.

According to the specification released by the group, “For USB Power Delivery, each cable assembly is identified as being either only usable for Standard Power Range (SRP) operation or usable for both SPR Extended Power Range (EPR) operation.”

EPR options will be replacing current higher-power offerings which can only deliver up to 5 amps. With 240 watts, these cables are expected to be used on a wide variety of high-power usages such as running monitors with large screens and resolutions, workstations, gaming laptops, and other similar devices.

It is important to remember that the new cables will not be able to run up devices exceeding their 240W capacity including powerful gaming PCs and laser printers.

The organization also warned manufacturers about electrical current arcing when plugging and unplugging. Thankfully, it implemented arcing mitigation measures, but a small current will remain as such solutions are designed to reduce and not prevent.