The Crucial P1 is the first drive myce.wiki has reviewed that
uses Micron’s QLC (Quad Level Cell) NAND – please see ‘NAND Basics’ below to
appreciate the difference between QLC NAND and its preceding SLC, MLC and TLC
NAND forms. Micron was the first NAND manufacturer to launch a QLC based
product.

Here are some pictures of the Crucial P1 that I tested, and
its retail packaging – 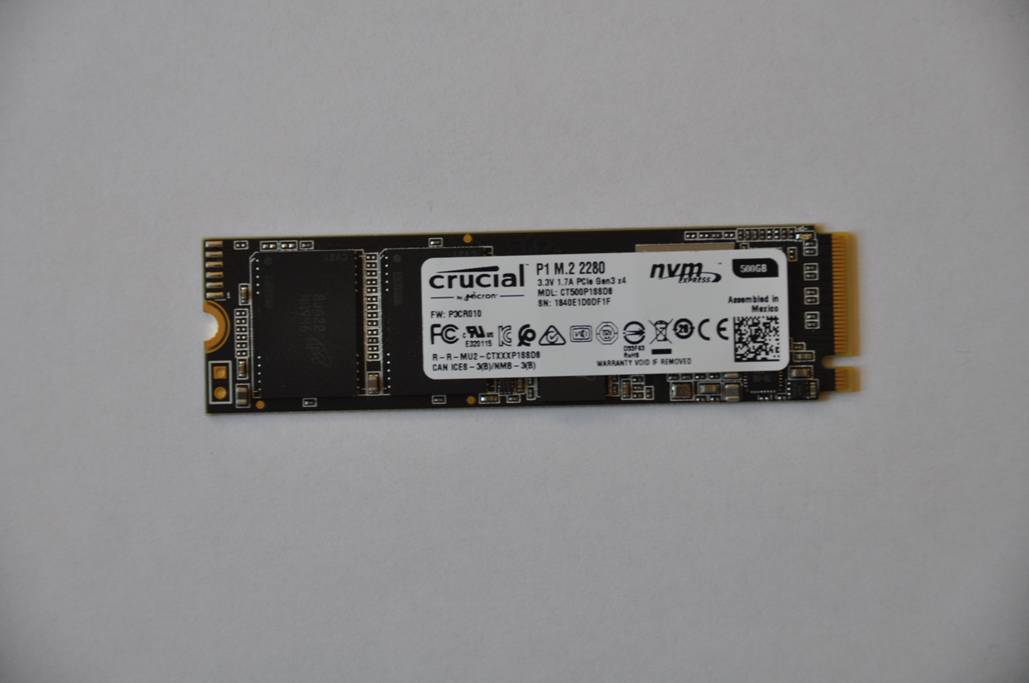 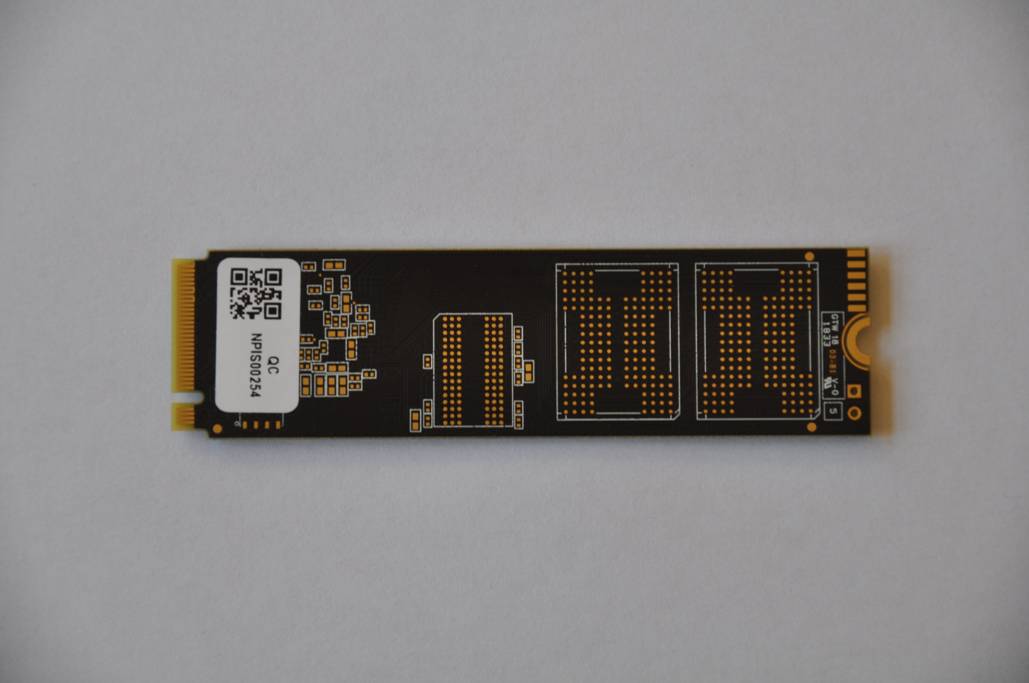 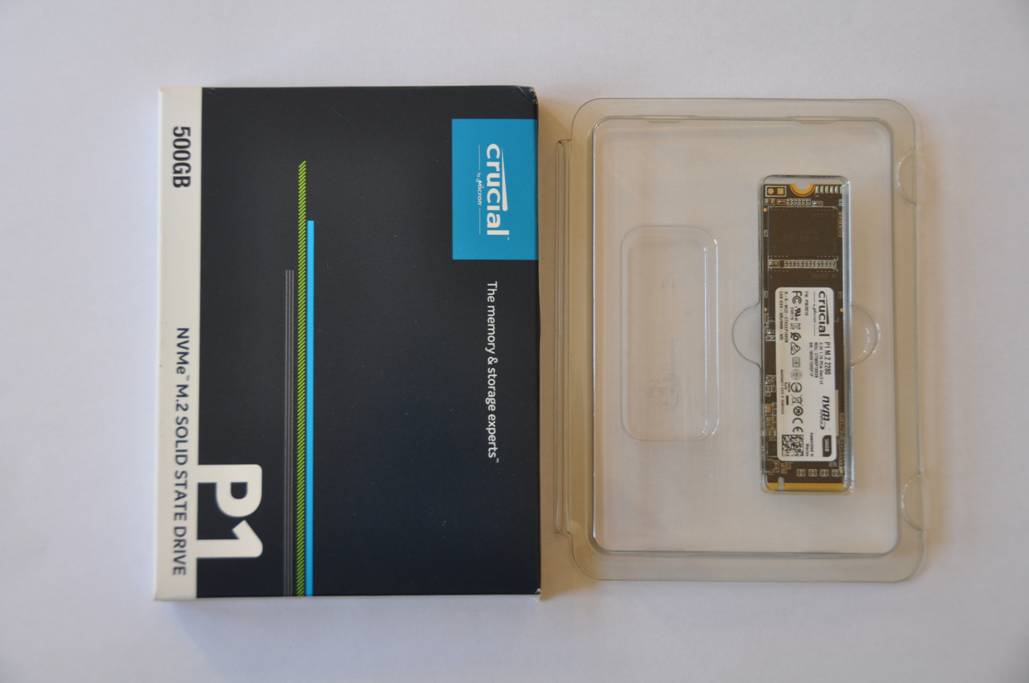 This is how Crucial positions the P1 – 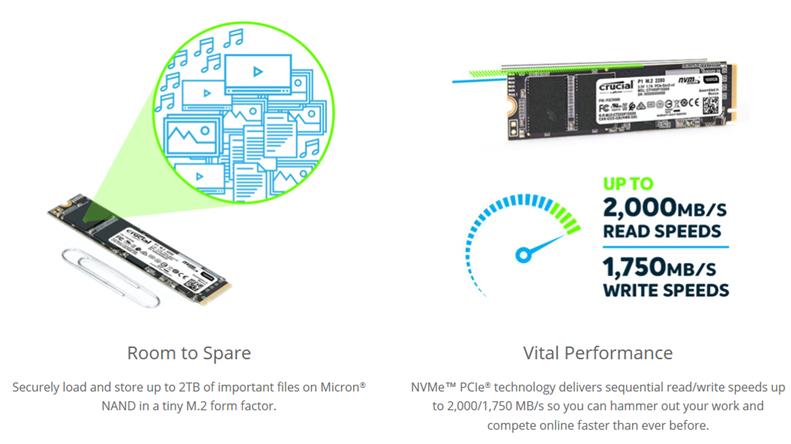 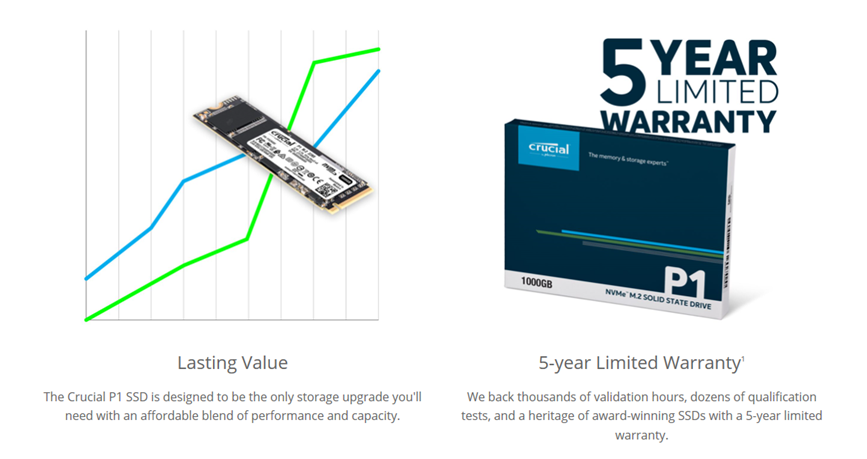 Here is Crucial’s specification for the P1 – 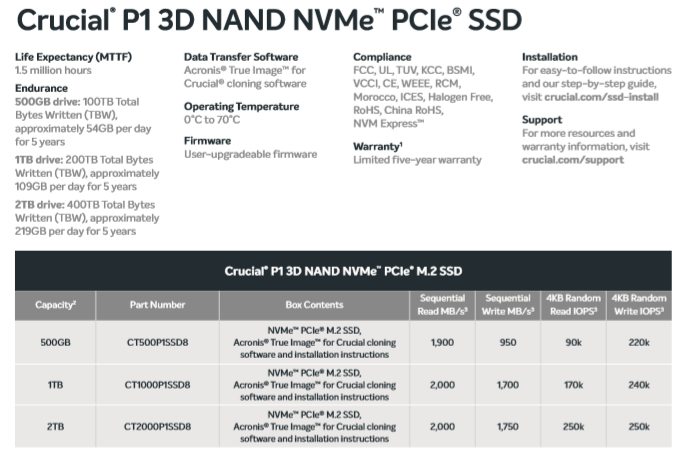 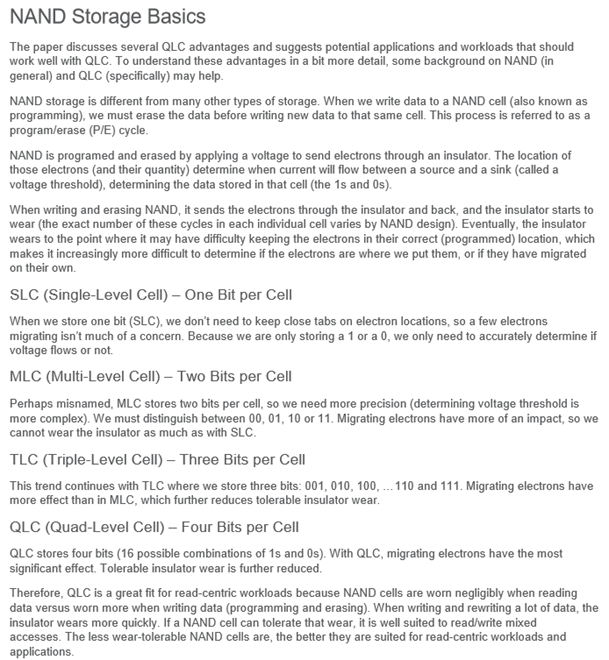 So, the bottom line is.

QLC offers an opportunity to provide larger capacity
solutions because of its greater density.

QLC does not offer the same level of endurance (the quantity
of data that can be written) as SLC, MLC, and TLC, because of the increased
level of insulator wear when writing data.

QLC may not be as fast as other forms of NAND.

QLC should offer the potential for a reduction in
manufacturing costs which could in turn see a significant reduction in price per
gigabyte reduction for buyers.

Now let’s head to the next page, to look at my approach
to testing Client SSDs…..