Welcome to Myce’s review of the Micron 5100 ECO SATA 1920GB
Enterprise SSD.  This is the second of two reviews featuring Micron’s 5100
range and the first was for the Micron 5100 MAX 960GB model, which you can see
by clicking here.
We found the Micron 5100 MAX to be an outstanding drive, please read on to see
what we make of its ECO sibling.

Micron considers the 5100 ECO’s closest competitors to be
the Intel SSD DC S3510, the Samsung PM863, the Sandisk Cloudspeed ECO, and the
Toshiba HK4R, which places the Micron 5100 ECO into one of the most competitive
storage market segments. We have previously reviewed the Samsung PM863, which we
considered to be an exceptional product, so tough competition indeed.

Micron announced the Micron 5100 Series of SATA Enterprise
SSDs in December 2016.  The 5100 Series is available in three workload focused
configurations:

Micron seeks to differentiate the 5100 Series through the
introduction of its Micron FlexPro Architecture. The FlexPro
Architecture enables customers to change the usable capacity of a drive, and
thereby the level of Over Provision (the amount of NAND set aside to support
the drive’s controller in its maintenance of performance and endurance) at the
firmware level.

Customers are readily able to make an additional OP at the
OS level (by restricting the amount of data that is written to a drive, through
for example allocating partitions that do not occupy all of the drive’s user
capacity).  As part of this review we test the difference in effectiveness
between making a firmware level additional OP and an OS level additional OP. 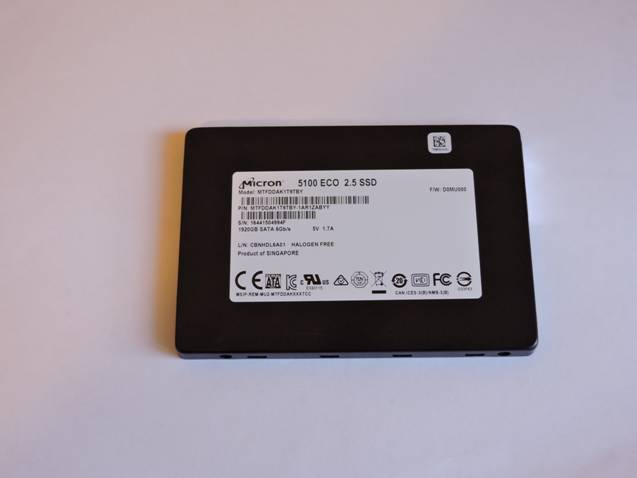 Now let’s head to the next page, to look at Myce’s
Enterprise Testing Methodology…..