The MOG07ACA is a helium filled, high capacity HDD.

Helium gas is hermetically sealed within the drive, and is
one seventh the density of air, thus the drag on the drive’s platters is
reduced significantly, which in turn reduces power consumption and heat
generation.  Although this technology is not new, with the MG07ACA, Toshiba
includes 9 platters in an HDD for the first time.

Please read on to see what we make of it.

This is how Toshiba positions the MG07ACA series of HDDs – 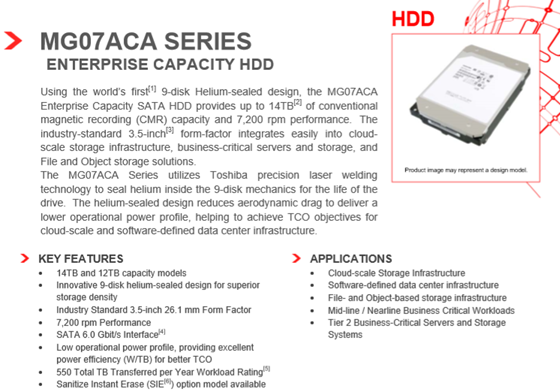 Here is Toshiba’s specification for the MG07ACA series – 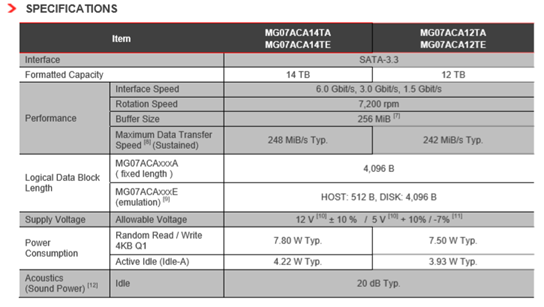 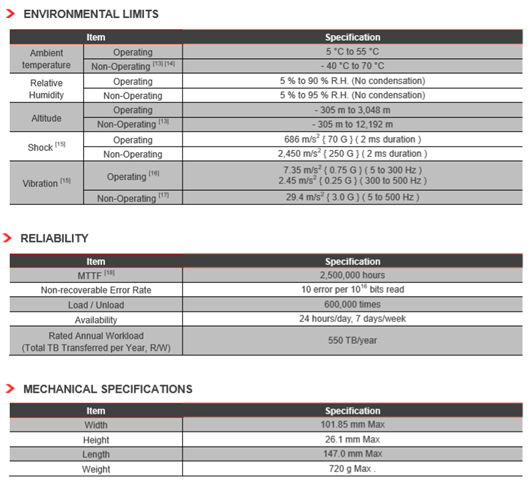 Here are some pictures of the MG07ACA I tested – 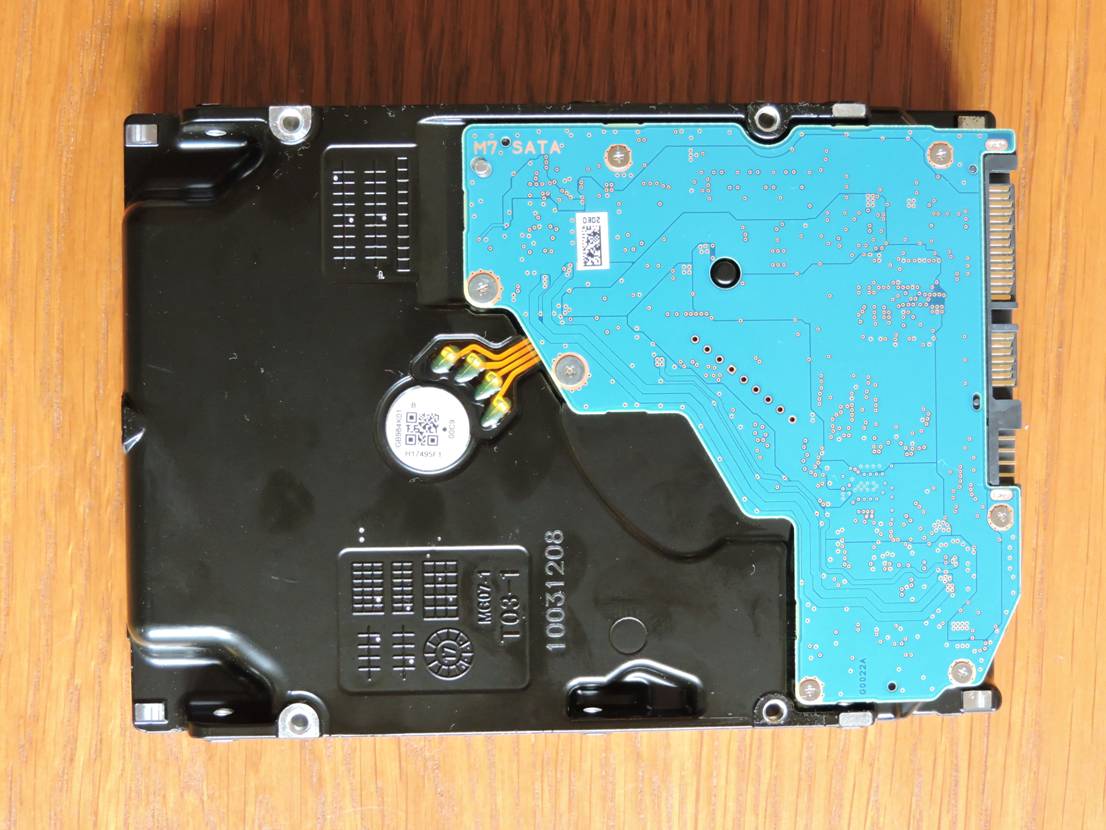 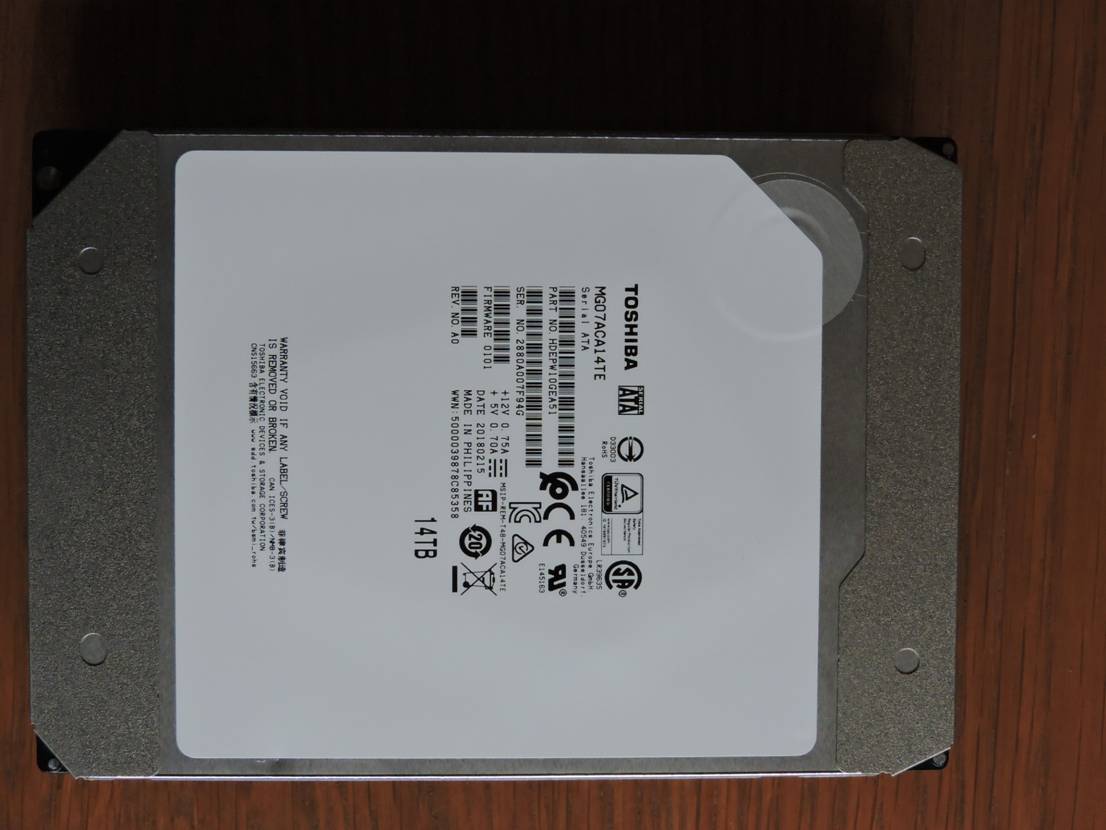 As is typical for Toshiba drives, it is solid and well
built.

Now let’s head to the next page, to look at the Performance
Tests conducted in this review….. 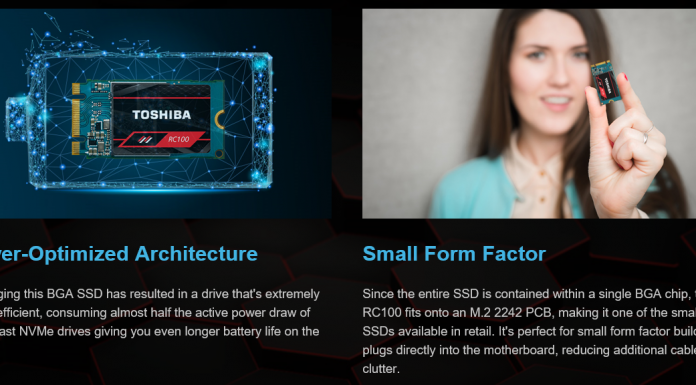