This test starts with a purge (Secure Erase), so that the
drive is in a FOB state, and then performs 128K Sequential Writes until twice the
drive’s User Capacity has been written to.

Here is a graph showing the resulting Write Bandwidth over
time – 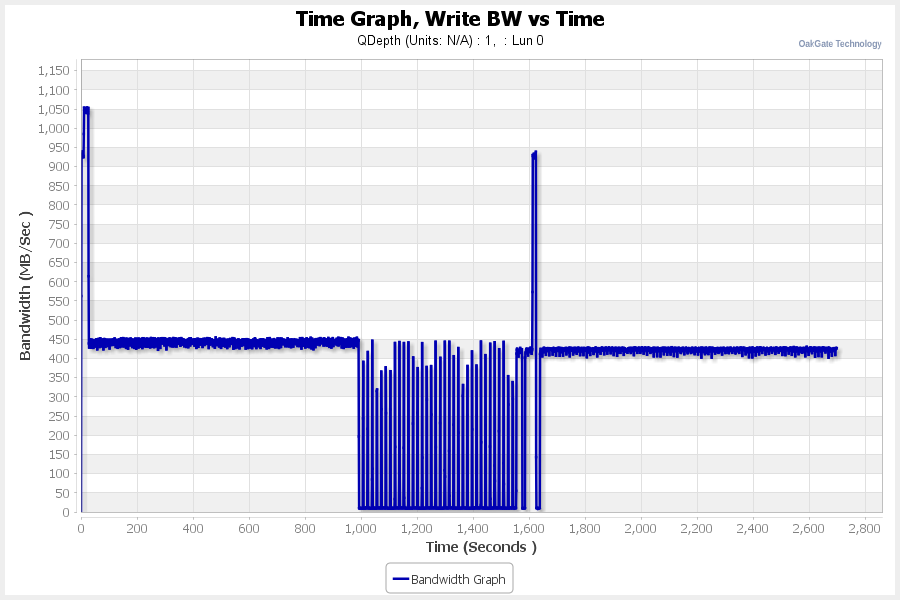 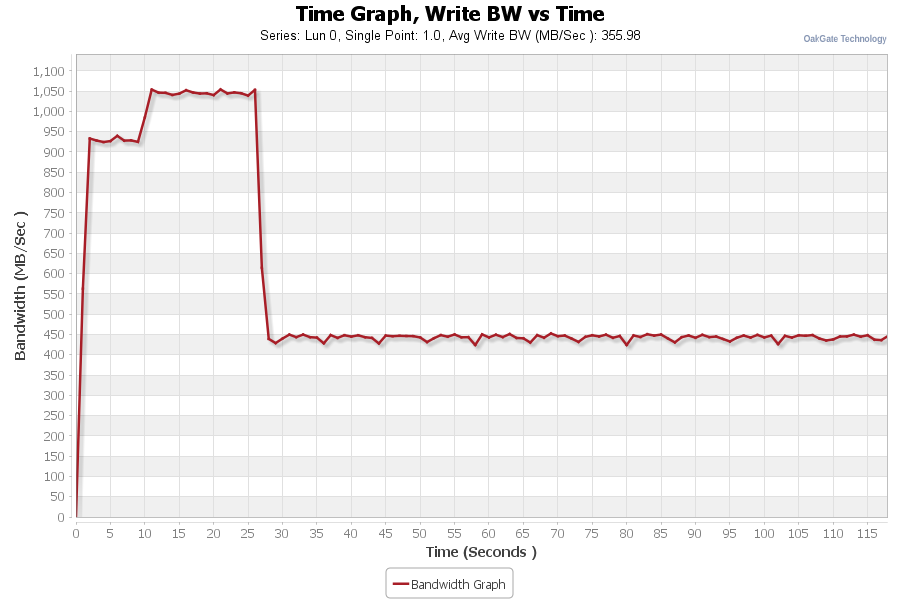 You can see that the Toshiba RC100 holds a steady speed of around
1000 MB/s until 26 seconds has passed. This is clear evidence of the Toshiba
RC100’s SLC Write Cache Technology being in play. As the drive is empty at the
start of the test, it is able to write to around 25GB of data before its SLC Write
Cache is exhausted and the write speed crashes.

This test is designed to fully degrade the drive’s
performance and then see how it recovers following a Trim and a period of Rest.

In this test I start with a purge
of the drive to take it to a FOB state.

I then test the FOB 4K Random
Write Performance for 120 seconds at Queue Depths of 1 and 32, in an IO Range
of 16GB, the result was as follows – 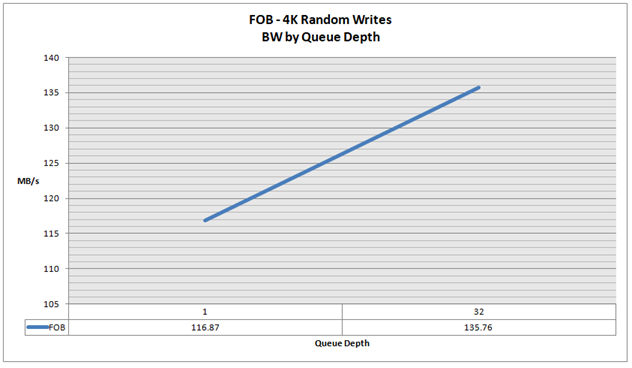 I then performed 128K Sequential Writes to the drive for
twice the drive’s user capacity (as in the previous Sustained Sequential
Writes).

This was immediately followed by performing 4K Random Writes
to the drive for 1 hour. Here is a graph showing the resulting Bandwidth over
Time – 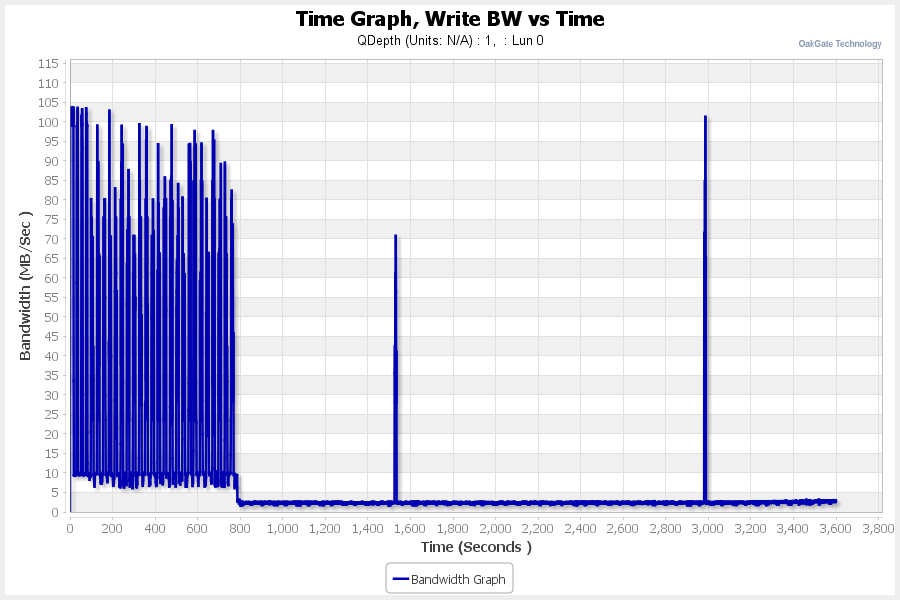 You can see that the Random 4K Write performance eventually
settles into a steady state of around 3 MB/s.

I then immediately test the 4K Random Write Performance (as
we did in the initial FOB test), and the result was as follows – 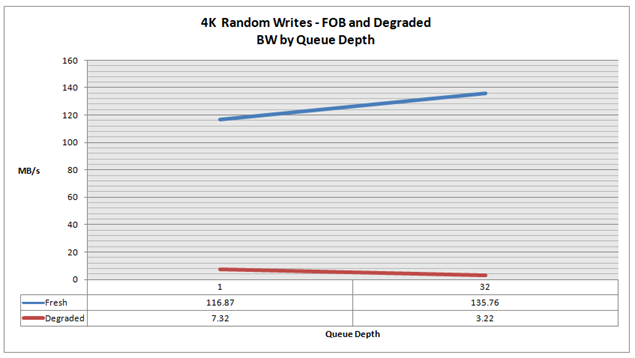 You can see that performance has dropped significantly
compared to the test performed in the FOB step.  At this stage it is fair to
say that the drive’s performance is fully degraded and in a Steady State.  It’s
as bad as it can get!

I then liberally sent Sequential Trim commands to the drive
for a minute (to ensure that the drive’s entire range of logical blocks (= User
Capacity) was trimmed.

I then let the drive rest for 5 minutes before retesting 4K
Random Write performance again. The result was – 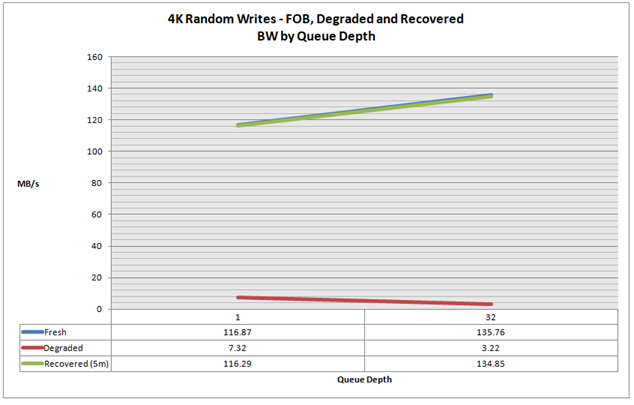 You can see that performance has fully recovered.
Outstanding, well done Toshiba!

Now let’s head to the next page, to look at the
Conclusions from this review…..