Welcome to Myce’s review of the Toshiba X300 6TB SATA Consumer
HDD (hereafter referred to as the X300).

I normally review Enterprise Storage products, particularly
Enterprise SSDs. As you will see below, Toshiba targets the X300 at
professional workstation users; or to put it another way the heavy weight end
of the consumer market’s requirements.  I am a self-confessed storage freak and
I have in excess of 10TB of SSD storage in my home PC, including an NVMe based
SSD as my boot drive and SATA and SAS SSDs being run in RAID 0 configurations.
These days I can’t imagine that I would ever recommend anyone uses an HDD as a
boot drive but I was motivated to investigate what it is like to live with a
state of the art, high performance, HDD for data storage in conjunction with an
SSD based boot drive. So, with this in mind, I jumped at the opportunity to
review the X300.

Please read on to see what I discovered with the X300.

This is how Toshiba positions the X300 series of HDDs – 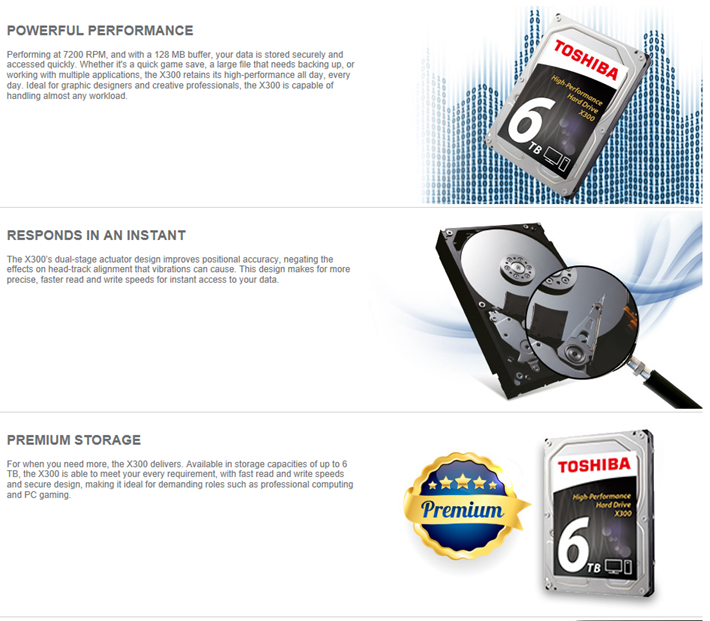 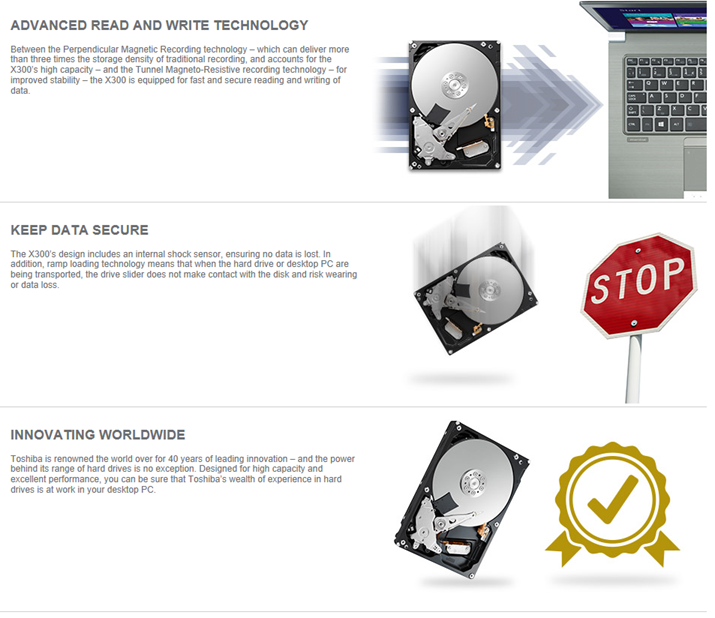 So what is a disk buffer, what is it used for, and is it
good to have a large one?

A disk buffer is the embedded memory in an HDD
acting as a buffer between the rest of the computer and the physical hard disk
platter that is used for storage.

The disk buffer is controlled by the
microcontroller in the hard disk drive.

When executing a
read from the disk, the disk arm moves the read/write head to (or near) the
correct track, and after some settling time the read head begins to pick up
bits. Usually, the first and/or last sectors to be read are not the ones that
have been requested by the operating system. The disk’s embedded computer
typically saves these unrequested sectors in the disk buffer, in case the
operating system requests them later.

The speed of the
disk’s I/O interface to the computer almost never matches the speed at which
the bits are transferred to and from the hard disk platter. The disk buffer is
used so that both the I/O interface and the disk read/write head can operate at
full speed.

The disk’s
embedded microcontroller may signal the main computer that a disk write is
complete immediately after receiving the write data, before the data is
actually written to the platter. This early signal allows the main computer to
continue working even though the data has not actually been written yet. This
can be somewhat dangerous, because if power is lost before the data is permanently
fixed in the magnetic media, the data will be lost from the disk buffer, and
the file system on the disk may be left in an inconsistent state.

Newer SATA and
most SCSI disks can accept multiple commands while any one command is in operation
through "command queuing" (e.g. NCQ). These commands are stored by
the disk’s embedded controller until they are completed. One benefit is that
the commands can be re-ordered to be processed more efficiently, so that
commands affecting the same area of a disk are grouped together. Should a read
reference the data at the destination of a queued write, the to-be-written data
will be returned.

NCQ is usually
used in combination with enabled write buffering.

I imagine the X300 uses Write acceleration conservatively
to minimize the risk of data loss.

So, the larger a disk buffer the more likely
it is for read requests to be serviced from the buffer and for write requests
to be optimized, however the relationship between likelihood and size is not at
all linear and a disk buffer that is twice the size of another will, in real
world uses, not see anything like twice the number of buffer hits. 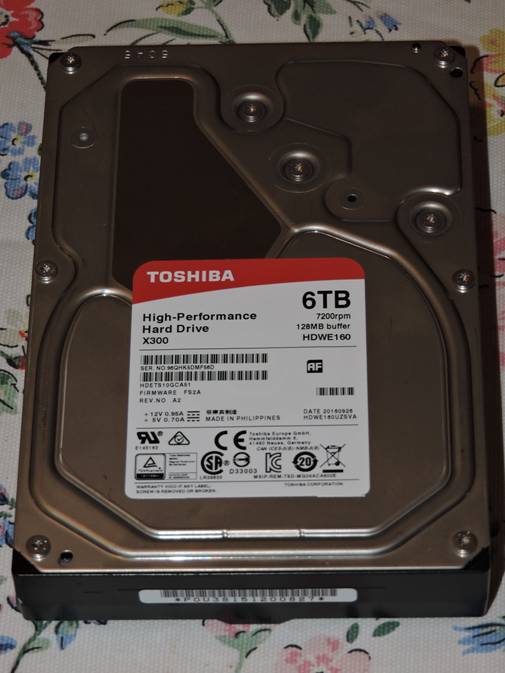 Now let’s head to the next page, to look at the Testing Approach
adopted in this review…..