In an interview with Myce, the lead developer of AnyDVD doesn’t rule out he will be able to crack the AACS 2.0 protection used on Ultra HD Blu-ray discs. He also has good news for recent lifetime license purchasers and he provides a little more information on his idea of making a ‘decryption box’. 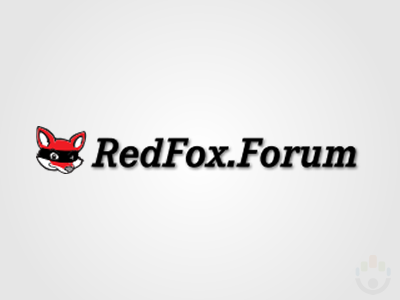 Although it’s still uncertain whether former Slysoft employees will continue developing AnyDVD under a different name, the first signs are good. Yesterday they changed the logo and name of the former Slysoft forums to RedFox.forum and earlier they openly discussed the option of continuing development of popular copy protection circumvention software AnyDVD.

Because of all those recent happenings we thought it would be a good idea to ask whether the AnyDVD developers would even attempt to crack AACS 2.0. Especially because last week the Chinese company DVDFab announced it would not decrypt or circumvent AACS 2.0.

The lead developer of AnyDVD goes by the name James in the RedFox forums, as the Slysoft forums are called now. We asked whether he thinks he will be able to crack AACS 2.0, the copy protection of Ultra HD Blu-ray, and if he even considers to start working on it, given development of AnyDVD continues. He answered, “I honestly don’t know, I don’t have a disc, I don’t have a player, I don’t have a drive. There is no documentation, so the new format needs to be reverse engineered. I will certainly look into it, but I can’t make any promises. Further, there are some more urgent matters at the moment.”

Although that doesn’t confirm if, and when, AACS 2.0 will ever be cracked, for many users looking to backup future Ultra HD Blu-ray discs it’s likely assuring the AnyDVD developers will look into it. So far they’ve always been able to circumvent any copy protection found on optical discs. This includes protections as described in the specifications of various optical disc formats when they were launched such as CCS and AACS, but also newly added protections such as BD+ and Cinavia.

Nevertheless, the first step to overcome is finding a way to continue development of AnyDVD. A potential issue is that Windows 10 requires signed drivers. Because AnyDVD heavily relies on a kernel mode driver this is an important issue. It requires the AnyDVD developers to send Microsoft the driver, which has to approve it or Windows 10 will refuse to load the driver. This is different from before, when Microsoft allowed developers to self-sign their software. Given AnyDVD’s reputation it could be that Microsoft doesn’t want to approve the AnyDVD driver.

Earlier this week, James posted a possible solution on the RedFox forums, a so-called ‘decryption box’. In a post he writes, “I want AnyDVD for a Raspberry Pi [a cheap low-power credit-card sized computer]. Plug in a drive at the USB port, watch the disc on the Raspi. Or access it over the Ethernet port.”

When another forum user asks if he’s really able to make such a decryption box, he writes, “It certainly wouldn’t be easy. And I am not sure, if anyone else would want such a ‘decryption box’. Or a ‘raspi as Blu-ray player’. A raspi (with power supply, case, remote, BD drive) would be more expensive than an off the shelf BD player. And it can’t play 3D. It wouldn’t look very … stylish. But it has no Cinavia detection.”

When we asked whether it’s really realistic that, in case AnyDVD is resurrected, he would ever make such a decryption box’ he answers, “I don’t know. It was just some crazy idea, caused by my frustration with Microsoft and their driver signing policy. A standalone decryption box would certainly be nice, but there are other and less time consuming ways to keep AnyDVD alive.”

And exactly that part of his answer could be reassuring to license owners, especially those who bought a lifetime license just before Slysoft Inc. ceased operations. He continues, “First and foremost we need to restore the status quo before the downfall of SlySoft. First step would be to rebuild the OPD [Online Protection Database] infrastructure, so existing users can continue to use their copy of AnyDVD. I empathize with people, who bought a lifetime license just a few days before SlySoft went under. Such an intermediate step would at least ease their pain a little.”

About the ‘downfall of Slysoft’ we also asked whether he holds a grudge against the former CEO of Slysoft, Giancarlo Bettini. Many users argued that Bettini couldn’t stand the heat of the pressure of Hollywood and even called him a “wimpy moneybag”. On holding a grudge against Bettini, James is two-sided as he answers, “Yes and no. Yes, because the guy owes me and many others money. No, because he really didn’t deserve to be treated like the ‘public enemy number one’ of Antigua during the last weeks. From what I have heard, he was treated like the ‘Anti-Christ’ who has brought the ‘Wrath Of God’ (in form of the US government) to Antigua.”

Earlier, another Slysoft team member also took up for Bettini when someone criticized him, “I regret you that, but you are wrong. SlySoft is under massive pressure since 2007. From Web Sheriff over Irdeto, US department of Justice to AACS-LA. He [Bettini] resisted for many years. More than anybody else. So please, be fair.”

It appears that the recent developments are a loss for everyone; the users, the ex-Slysoft employees and also the company’s former CEO. This might indicate that Hollywood has won, but with the developments of the last couple of days, it’s likely the former Slysoft employees only lost a battle and that the war isn’t over.

One thing that must be positive for the ex-Slysoft employees is the support of the community. When we asked James whether he’s happy with the response of the community his answer is clear, “Oh yes, the support is very reassuring. There are plenty of good suggestions from many people how to proceed, and I am very grateful.”

Our last question to James was about movies, given all the effort he has made to circumvent copy protections of movies we argued he must be a movie fan. When we asked him about his favorite movie of all time he answered, “There are many movies I like a lot. I don’t really have an “all time favorite”, and my taste changes with my mood. At the moment – shaken from the SlySoft disaster – I would put ‘V for Vendetta’ on top of the list.”